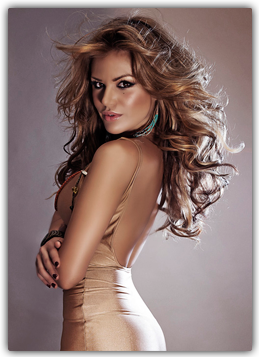 Raquel is a Southern California native born near the beautiful beaches of LA County. From a very young age she has found herself drawn to the beauty and glamor of the preforming arts and the high paced world of the fashion and entertainment industries in Hollywood. With a special affection if not obsession with he classic films of Hollywoods golden era and those that graced the screen. Raquel found her classic glamorous look being inspired by the actresses of the 40s and 50s such as Bridget Bardot, Raquel Welch, Ava Gardner and the great Marilyn Monroe.
The modeling industry quickly took notice of raquel early on  shooting consistently in both print and catalogue ads. Chosen to be in the Playboys 50th anniversary lingerie cover model in 2004. modeling for mens magazines such as playboy  maxim , fhm ,and esquire .

It is from these years that she found her true calling not by being in front of the camera but behind working with the industries leaders as a model she was always learning and further developing her eye  for the true hollywood glamor look. With further training and talent development she has created her own style of photography that brings out the glamor and beauty of Hollywood’s golden era. Her photography style has been developed to represent the best that Hollywood has offer and bring all of her years of experience to benefit each model and each shoot.